Posted date over 3 years ago Posted by Staffline Team

Did you know that up to 20 million manufacturing jobs around the world could be replaced by robots by 2030? According to analysis firm Oxford Economics, "the number of robots in use worldwide multiplied three-fold over the past two decades, to 2.25 million. Trends suggest the global stock of robots will multiply even faster in the next 20 years, reaching as many as 20 million by 2030, with 14 million in China alone." 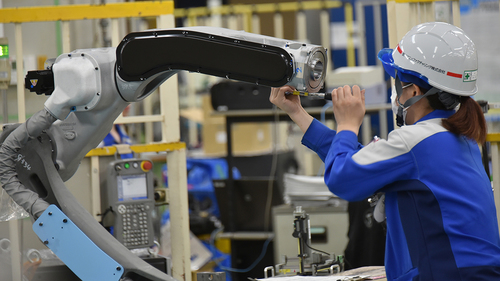 However, manufacturing is not the only industry at risk of losing jobs to automation. BBC News technology correspondent Rory Cellan-Jones states that "[There are predictions that] Robots are about to put everyone, from factory workers to journalists, out of a job, with white collar work suddenly vulnerable to automation." 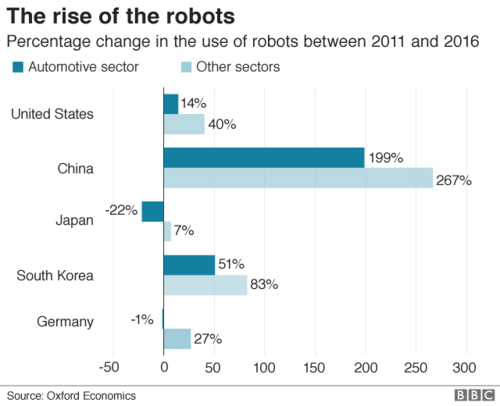 Further to that, Deloitte has found that "Up to 35 per cent of jobs in the UK are at high risk of automation in the next 10 to 20 years."

Whilst automation will boost economic growth and productivity across all sectors, the number of workers displaced by this boom in robotics cannot be ignored.

According to the BBC: "On average, each additional robot installed in lower-skilled regions could lead to nearly twice as many job losses as those in higher-skilled regions of the same country, exacerbating economic inequality and political polarisation."

They go on to outline that while "technologies like AI and automation are transforming the way we live and work and bringing huge benefits to our economy", some jobs are "evolving" and others will "soon become a thing of the past."

In response to this potential crisis for the workforce, the UK government has announced a retraining scheme for workers whose jobs may change or even disappear in the coming years due to automation.

The scheme is designed to retrain and upskill existing members of the workforce to prepare them for the inevitable boom in automation.

According to GOV UK, the scheme will support people already in work to move into better jobs through training and tailored advice, complement existing training programmes for adults and encourage people to develop their flexibility and resilience in the world of work, so they can take advantage of new opportunities.

The retraining scheme will initially be rolled out in Liverpool with expansions planned across England in the near future.

“The National Retraining Scheme will be pivotal in helping adults across the country whose jobs are at risk of changing to gain new skills and get on the path to a new, more rewarding career.

This is a big and complex challenge, which is why we are starting small, learning as we go, and releasing each part of the scheme only when it’s ready to benefit its users.”

Our Specialist IT Consultant Jane Donnelly had this to add: “The new wave of Automation doesn’t mean the end of our workforces! It is the next step in industry evolution and upskilling revolution. To quote Jurgen Maier, CEO of Siemens 'The beauty of it is, if we get this right, it doesn’t just drive productivity, but it also means that you’re driving jobs up the value chain, which means that people are getting better paid, so ultimately you raise living standards.'"

What are your thoughts on the upcoming automation boom? Is the boost in economic growth worth the displacement of so many jobs? Will retraining and upskilling be enough to mollify a loyal workforce that is essentially being edged out by robots of the future?